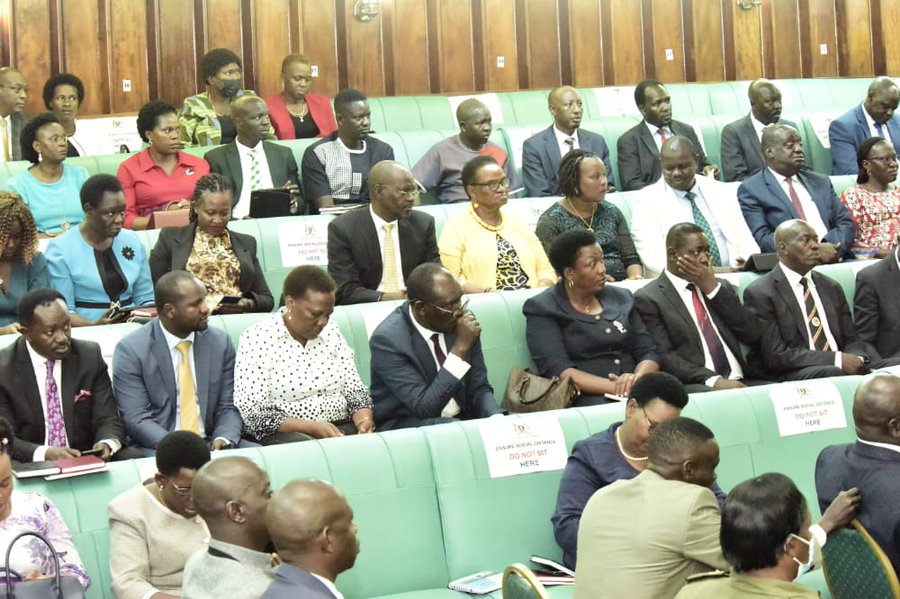 Updates on the Uganda Parliament

We bring you yet another update constituting the 16th Sitting of the 2nd Meeting of the 2nd Session of the 11th Parliament. Today’s Sitting was presided over by the Deputy Speaker, Thomas Tayebwa. In his communication, he said he would amend the Order Paper to accommodate the Physical activity and Sports Bill 2022 for the 1st reading. This bill had earlier been presented as a private members bill but the government took it over.

Thereafter, the Minister of State for Ethics and Integrity, Hon. Akello Rose Lilly presented a statement (attached) on the commemoration of International Anti-Corruption Day marked on 9th December 2022. The day is designated for a global observance to promote awareness about corruption, its dangers, and how to prevent and combat it. This year’s Anti-Corruption campaign theme: “Citizens must own the war to eliminate corruption- It is their war.” is aimed at making the war against corruption a people’s war rather than a govt war. The event will take place in Ibanda District at Ibanda Integrated Primary School on Friday 9th December 2022 beginning at 9:30 am.

In her Statement, she said that the Inspectorate of Government investigated 26 high-profile cases and directed the recovery of UGX 18.2 billion from public officers who misused public funds. UGX 7.2 billion had so far been recovered and paid into the IGG Asset Recovery Account. The Deputy Speaker deferred the Debate on the statement to the next day’s Sitting to allow the Leader of the Opposition (LOP) to present a reply.

Thereafter, Tororo Woman MP, Hon. Sarah Opendi thanked the Deputy Speaker for his exceptional representation of Uganda and Africa and its values during the African Caribbean and Pacific- European Union summit.

Following that, Ministers from different sectors presented action-taken reports on resolutions of the 11th Parliament in line with Rule 220 of the Rules of Procedure. On his part minister Amos Lugoloobi said for local governments to keep local revenues and not remit them to the Consolidated Fund, there is need for amendment of section 29 of the Public Finance Management Act. In response, Bugiri Municipality MP, Hon. Asuman Basalirwa, JEEMAsaid the minister is under obligation to implement the resolutions of Parliament. “If there are any constraints on implementing these resolutions, you need to come back to the House and seek to reverse those decisions”, he said. The House urged the Minister to revise the action taken with regard to the operations of local governments. He was asked to consult with the Attorney General and report back on Thursday.

Later, the Office of the Presidency presented its report. The minister was asked to return with clear actions taken on the resolutions passed by Parliament.

Thereafter, the House received a report (attached) of the Committee on Environment and Natural Resources on the erratic electricity supply in West Nile. The report was presented by the Committee Chair Hon. Emmanuel Otaala. The Chair said that the need for adequate and reliable electricity was key in driving Uganda’s vision of transforming the whole country from a peasant to an industrialized economy. The committee noted that despite West Nile being a trade hub connecting to South Sudan and DRC, it experienced rampant load shedding and power outages which hindered its contribution to economic transformation of the country.

Members of Parliament were concerned that there was slow connection of all parts of the country to the national power grid. The Deputy Speaker said that all sub-counties around the country should be connected.   On his part, Hon. Oguzu Lee Denis (Maracha MP, FDC) informed the House that of the number of planned connections across the country, the Northern region was getting the least and yet West Nile pays one of the highest tariffs. He said people were starting to assume that there was a deliberate move to keep some parts of the country backward because they had lived in energy poverty for a long time. He added that for the previous 3 months national water had failed to supply enough water in West Nile because of a lack of power to pump the water which he stressed was a disservice to the people of West Nile. Adding to the debate, Kajara MP, (Timuzigu Michael, NRM) asked the government of Uganda to fast-track the connection of West Nile region to the National grid because the delay was affecting revenue collection and employment opportunities for Ugandans.

Deputy Speaker Tayebwa told the energy minister that “People don’t have the UGX 730,000 for new power connections. If it was in my powers, I would connect everyone for free. In one or two years, you would have recovered that money”.

Responding to the issues raised in the report, Hon. Okaasai Sidronius (State Minister for Energy) said that government had stepped up efforts to address electricity shortages in West Nile and that soon West Nile would harvest its own energy and be able to export to DRC and South Sudan. In response, Deputy Speaker Thomas Tayebwa said that the main issue for West Nile was connecting them to the national grid. “We can move around but that is the solution. The minister should visit the region and support our colleagues”. He also asked the Minister to update the House on the implementation of the REA project in the country and to table the beneficiary areas for the loan that was passed by Parliament.