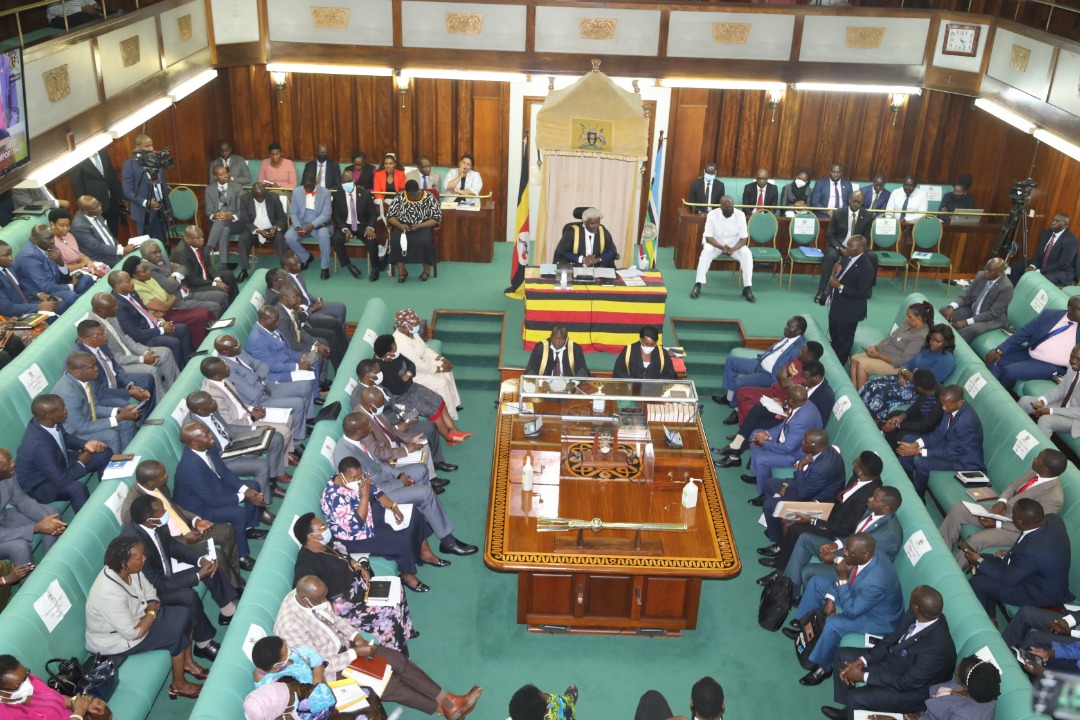 We bring you yet another update that marks the 14th Sitting of the 2nd Meeting of the 2nd Session of the 11th Parliament. Today’s Sitting was chaired by Deputy Speaker. Rt. Hon. Thomas Tayebwa.

To open the debate was the Chairperson of the Committee on Rules, Privileges, and Discipline, Hon Abdu Katuntu who implored MPs to approach the office of the speaker on matters of national importance in compliance with the Rules. Hon. Joseph Ssewungu (Kalungu West) called for continuous training of MPs on Rules of Procedure and parliamentary decorum.

Later, State Minister for Trade Hon. David Bahati tabled the Competition Bill, 2022 (attached) for the First Reading. The Bill seeks to promote and sustain fair competition in markets in Uganda and to prevent practices with an adverse effect on competition in the market. The Deputy Speaker referred the Bill to the Committee on Trade, Tourism, and Industry for scrutiny.

Later, Hon. Andrew Oulanyah (Omoro MP, NRM) presented the prestigious award given to the fallen Speaker of Parliament the Late Jacob Oulanyah by the Global Leadership Alliance for his efforts in fighting for the Human Rights of the African people and also for being one of the best and distinguished Speakers of Parliament on the African continent.

Thereafter, State Minister for Internal Affairs, David Muhoozi presented a Ministerial Statement (attached) updating the House on recent criminal attacks on security personnel at Police Posts. He says security has so far recovered 10 rifles, arrested 22 culprits and 3 assailants put out of action.  He added that operations are still ongoing to apprehend the culprits still at large and to recover the remaining few weapons. To avert further attacks, Minister Muhoozi said Police merged vulnerable smaller police posts and booths into sizeable units to improve operational efficiency and force protection. The Opposition Chief Whip John Baptist Nambeshe tasked the Minister of State for Internal Affairs to explain why some security officers go ahead to kill suspects even after arresting them. In response, the State Minister Hon. David Muhoozi said that some of the cited incidents usually involve resistance and hostility from the suspects.

Later, the Chairperson of the Committee on Public Service, Hon Godfrey Onzima presented a Committee Report on the Local Governments (Cities) Regulations, 2022. The Regulations were on 16th November 2022 tabled by the state minister for Local Government, Hon. Victoria Businge. Among the recommendations of the committee is a recommendation to replace the words “Local government” with the word “Cities” given that the observed regulations are for cities and not local government.

Following the recommendations of the committee, the Minister of Local Government, Hon. Raphael Magyezi withdrew the Regulations on Cities and pledged to expeditiously process an amendment to the Local Government Act to focus on improved management of the cities. The House adopted the motion moved by Hon. Magyezi.

Later the House moved to receive a report (attached) from the Committee on Rules, Privileges & Discipline on the Inquiry into the Allegations of Misconduct and Misbehaviour made against Bukono MP and State Minister for Housing, Hon. Persis Namuganza. The Report was presented by the Deputy Chairperson of the Committee on Rules, Privileges and Discipline Hon. Charles Onen. The Committee found that Hon. Namuganza made impugned statements on social media as alleged. The Deputy Speaker deferred debate on this report to the following week.