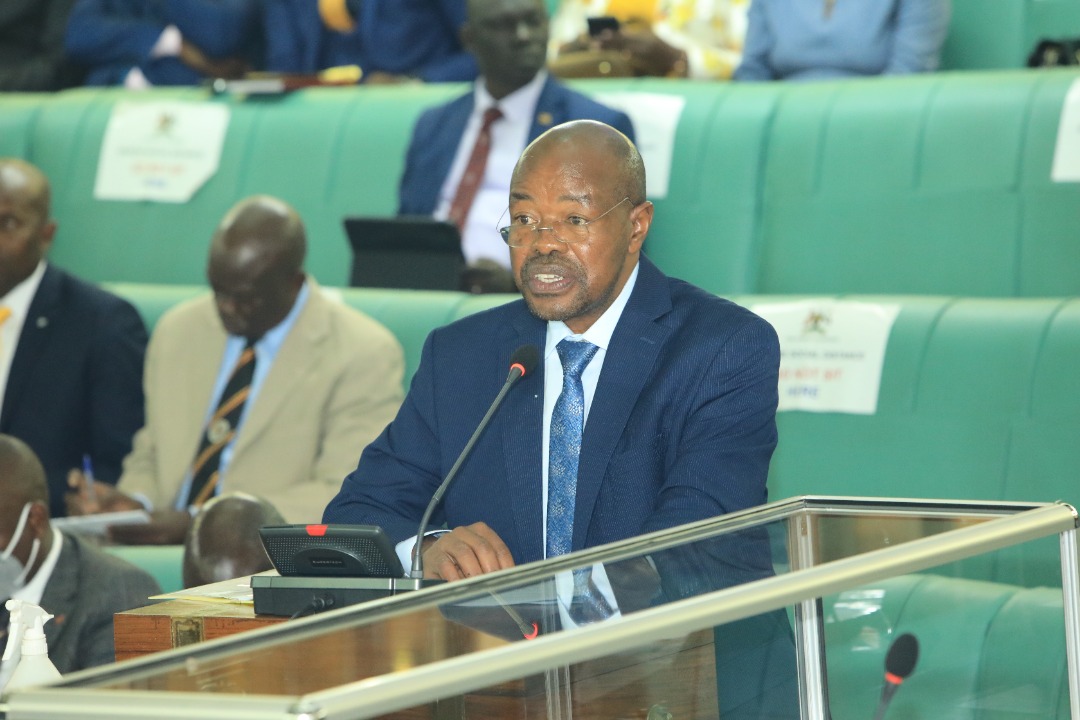 Today marked the 10th Sitting of the 2nd Meeting of the 2nd Session of the 11th Parliament, the session was presided over by the Rt. Hon. Speaker Anitah Among. In her communication from the chair, the Speaker said Parliament will starting today receive presentations from different Ministries on action taken on resolutions passed by the 11th Parliament. She also asked the Leader of the Opposition and the Leader of Government Business to join hands and move a bi-partisan tribute through a Motion to pay tribute to the Late Paul Kawanga Ssemwogerere, the Former DP President. The House will on Thursday debate a motion to pay tribute to the late DP President. Thereafter, the House observed a moment of silence in honor of the Late Dr. Paul Ssemogerere, a distinguished political leader and the Cultural Leader of the Acholi-Labwor Community.

In the meantime, Hon. Joseph Ssewungu (Kalungu West MP, NUP) raised concern over the uncertainty of who qualifies for a state burial. He asked the Executive to update the country on the same. In response, the Government Chief Whip Hon Hamson Obua said the Ministry of Public Service was granted the mandate to work on a paper highlighting who should be entitled to a state/official burial and any other form of burial.

Also, Hon. Boniface Okot (Youth Nothern, NRM) raised a matter of national importance regarding the unprecedented delay in awarding student loans. He said the Ministry of Education and Sports through the Higher Education Students’ Financing Board is mandated to provide loans and scholarships to Ugandan students who are financially challenged hence providing a means for them to pursue higher education. He however noted that unfortunately, this academic year, all financially incapable students faced difficulty because of a delay in awarding the loans. As a result, the students have been unable to register with their universities and therefore are at risk of missing their examinations. He demanded a statement and action from Government.

Later in the Government Action Taken Report by the Office of the Prime Minister (attached), the Minister of Works and Transport, Gen. Katumba Wamala said that under UNRA, there were 20,000 kms of national roads, but so far 6,000kms were tarmacked which means there was still a shortfall of 14,000 km which needed tarmacking. The challenge of impassable community roads continued to dominate issues raised by MPs. In response, the Minister of Works Hon. Gen. Katumba Wamala said the solution was to increase money for every district under the Uganda Road Fund. Hon. Sarah Opendi the Tororo Woman MP, NRM called for the operationalisation of the Uganda Road Fund.

On his part, Hon. Olanya Gilbert (Kilak South County MP, FDC) was concerned that although the Government had put in place projects and invested a lot of resources to eradicate poverty in Northern Uganda, there seemed to be no tangible results. He called for an audit. Later, also Hon. David Lukyamuzi (Busujju MP, NUP) rose on a matter of national importance saying a few weeks ago, Nakasero Blood Bank together with Buganda Kingdom conducted a blood donation campaign in Busujju county but Nakasero Blood Bank was unable to collect all the blood they had set to collect due to lack of facilities (no vehicles and poor roads). He asked the Ministry of Health to always facilitate blood donation campaigns because we lose Ugandans every day due to lack of blood.

Hon. Atkins Godfrey Katusabe (Bukonzo West MP, FDC) raised a Security concern over the increased incidents of gun grabs around the country, calling on the government to protect servicemen but also give feedback to the nation on who these people are and where they are based. The Security Minister Jim Muhwezi replied to him saying investigations were still ongoing and they could come back to the House with a report.

Later, State Minister of Microfinance, Hon.Haruna Kasolo Kyeyune tabled the Microfinance Deposit-Taking Institutions (Amendment) Bill, 2022 for First Reading. The Bill was committed to the Committee on Finance for scrutiny. Also, Rubanda DWR, Hon. Akampulira Prossy tabled the Report of the Auditor General on Tirinyi-Pallisa-Kumi-Kamonkoli Road Project for the period ended 30th June 2022. The Report was referred to the Public Accounts Committee – Central Government.

Later, the Minister of Health Hon. Jane Ruth Aceng also tabled the Quality of Maternal Care and Human Rights Audit Report, FY 2021/22. The purpose of the audit was to assess the status of maternal healthcare practices & systems in Uganda so as to identify areas of improvement. The report was referred to the Parliamentary Committee on Health.

Later also, the House moved to receive a motion for a resolution of Parliament to authorize the government to borrow $331.5M and receive a grant of $276.5M from the International Development Association (IDA) of the World Bank Group to finance the Electricity Access Scale Up Project (EASP) (See attached). The objective of the project is to increase access to electricity for Households, Commercial enterprises, industrial parks, and public institutions from 19% (currently) to 44% by 2027 and equally increase the share of clean energy used for cooking from 15% (currently) to 40% by 2027. The project will also among other things, increase the proportion of the population with access to electricity from 24% to 44% and increase the number of connections made annually from an average of 70,000 to 300,000 connections by 2027. The House later approved a loan request.

On behalf of the Opposition, Hon. Medard Sseggona (Busiro East MP, NUP) said that whereas the opposition was not opposed to borrowing, they were only opposed to unguided borrowing. He called for equitable coverage in electricity distribution.