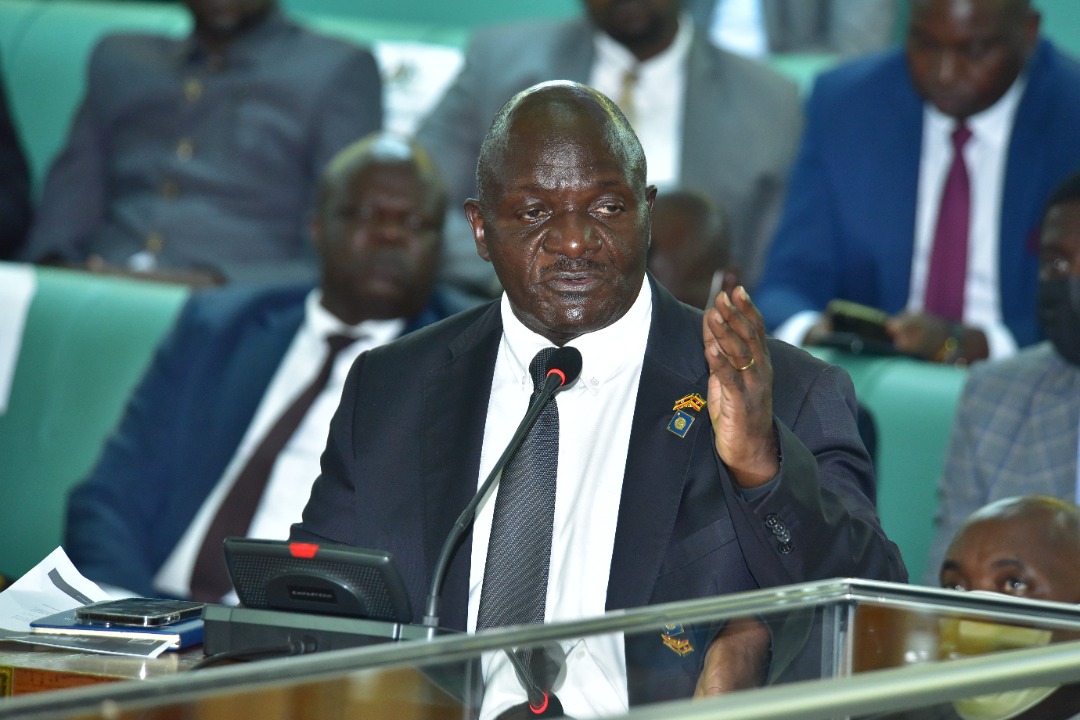 Greetings from the Parliament of Uganda!

The debate was kickstarted by Hon. Atkins Katusabe (Bukonjo County West MP) who asked the Ministry of Finance to find financial resources to fix all bridges across the country to allow for communities’ access to the different essential social amenities. Hon. Atkins says for 3 years now, 3 communities in his constituency have been cut off from each other because of the lack of a bridge. The Speaker asked the Minister of Works and Transport Hon. Katumba Wamala to present a report on all actions taken to rehabilitate roads in the country for the House to take action.

Later Hon. David Bahati Minister of State for Trade Industries and Cooperatives (Industry) moved a motion (attached) for a resolution of Parliament to borrow SDR 98.8m ($140m) and secure a grant financing of SDR 42.4m ($60m) from World Bank (IDA) to finance the Uganda Digital Acceleration Project- Government Network.  The Committee of National Economy presented a Report (attached) on the proposed loan which formed the basis of the debate in the House. The motion was approved with amendments amidst a lot of protests from the opposition.

Later there was a scheduled Presentation by the Prime Minister, who is also the Leader of the Government Business of Action Taken Report on Resolutions of the 11th Parliament May 2021 – May 2022. However, Prime Minister Nabbanja asked to be given more time. However, Hon. Basalirwa objected to this request by raising a point of procedure on the basis that the government side always promises to present but they never fulfill. Also Hon. Oshabe wondered whether the Prime Minister can Speak on behalf of the Ministers. Hon. Fox Odoi faulted the Executive for not taking parliamentary business seriously and yet it is incumbent on the executive to report on business undertaken and had been given adequate notice.

The Prime Minister responded by requesting for more time (two weeks) but members said no to it. Hon. Maurice Kibalya (Bugabula South, NRM) moved a motion that parliament adjourns until they get a report from the executive of action taken. The Speaker insisted that Parliament needs action reports Ministry by Ministry. She said since Parliament wants to be seen as a people-centered Parliament, “We need to account to the people”, she insisted. So she said, parliament requires an Action Report from the Executive by Tuesday of the following week.

She went on to adjourn the House until Tuesday the following week.